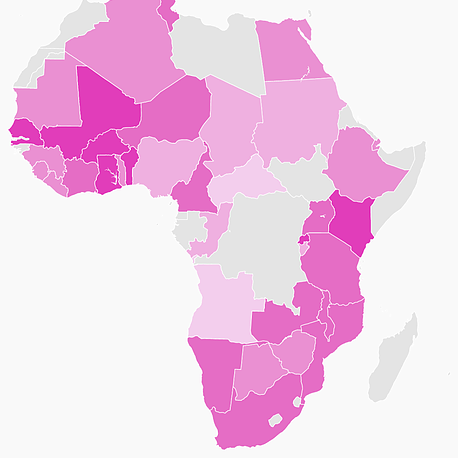 Despite the fact that in the last decade Africa is experiencing a huge economic growth, citizens of some countries on the continent can’t feel the growth of their prosperity. Even though, prices of commodities are now on their peak and some powerful nations are planning further major investments in Africa, the prosperity level of the African majority remains on the same level.

Prosperity is usually measured by such combined parameters as levels of entrepreneurship, education, health, economy, public safety and governance. Another good way to measure the delivery of prosperity is to compare its level to the country’s actual wealth. Ranking below shows the actual “Prosperity gap” which measures as a difference between the wealth of the country and the prosperity of the citizens on the continent.

As evidence on the graph above, most of the countries in Central Africa suffer from major prosperity gap. For instance, Nigeria and Angola are the top two producers of oil on the continent, but at the same time they remain only under the medium level of prosperity delivery. On the other hand, such countries as Morocco, Burkina Faso, Ghana and Mali are delivering far more prosperity than expected by their wealth.

One of the main goals for countries in Africa should become to grow the levels of prosperity of their citizens. It could be achieved by minimizing government corruption and foster local entrepreneurship, which worked well in the similar situation in East Asia. 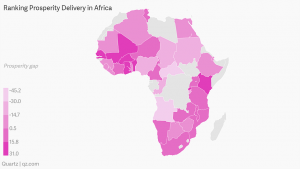