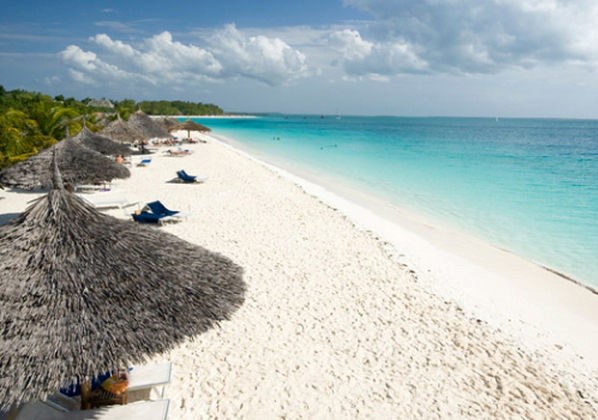 An African ambiance gives a special feeling to the tourists. People who visit Africa for the first time can expect an absolutely unique experience. Some of the attractions are popular because of the very rich heritage and an exceptional history behind them. Tribes, pyramids, lost cities and extraordinary nature create this distinctive environment which is definitely worth visiting.

Here are the top 6 places that you have to visit in Africa.

The majestic spice island of the Indian Ocean lies just off the coast of Tanzania; clear, turquoise-blue water; shallow sandbars perfect for wading, and many small, nearly deserted islands virtually unvisited by tourists. Explore the World Heritage Site of Stone Town, Zanzibar City’s old quarter or just try going from beach to beach between tiny fishing villages — each one’s better than the previous one.

Kilimanjaro is one of the most popular tourist attractions in the world. Although positioned close to the Equator (330 km south), the Mount Kilimanjaro is famous for being Africa’s snow-capped mountain looming over the plains of the Savannah. The Overseas Development Institute (ODI), a British think tank, estimates that every year 40,000 people attempt to climb Kilimanjaro. At 5,895 metres (19,340 feet) above sea level, Kilimanjaro is Africa’s highest peak and the world’s highest free-standing mountain.

Virunga National Park is one of the most biologically diverse protected areas on the planet. Its range contains an amalgamation of steppes, savannas and plains, marshlands, low altitude and afro-montane forest belts to unique afro-alpine vegetation and permanent glaciers and snow on Mounts Rwenzori whose peaks culminate in 5000 m height.  In 1979, UNESCO designated the park as a World Heritage Site.

Victoria Falls present a spectacular sight of awe-inspiring beauty and grandeur on the Zambezi River, forming the border between Zambia and Zimbabwe. The columns of spray can be seen from miles away as, at the height of the rainy season, more than five hundred million cubic meters of water per minute plummet over the edge into a gorge  one hundred meters below.

Maasai Mara (Masai Mara) is situated in south-west Kenya and is one of Africa’s Greatest Wildlife Reserves. Together with the Serengeti National Park in Tanzania it forms Africa’s most diverse, incredible and most spectacular ecosystems and possibly the world’s top safari. With the wildebeest migration in July – October, this is the best time to see this incredible movement of animals.

1. The Pyramids and the Sphinx

Egypt’s most famed structures, these ancient tombs of kings, guarded by the serene Sphinx, have wowed spectators for centuries. Giza’a Great Pyramid (also called the Pyramid of Cheops) is not only this ancient site’s most famous monument, it’s one of the most known monuments in the world. It was built by the Pharaoh Khufu (commonly called by its Greek transliteration of Cheops) and was known to the ancient Egyptians as Ekhet Khufu (“Horizon of Khufu”).